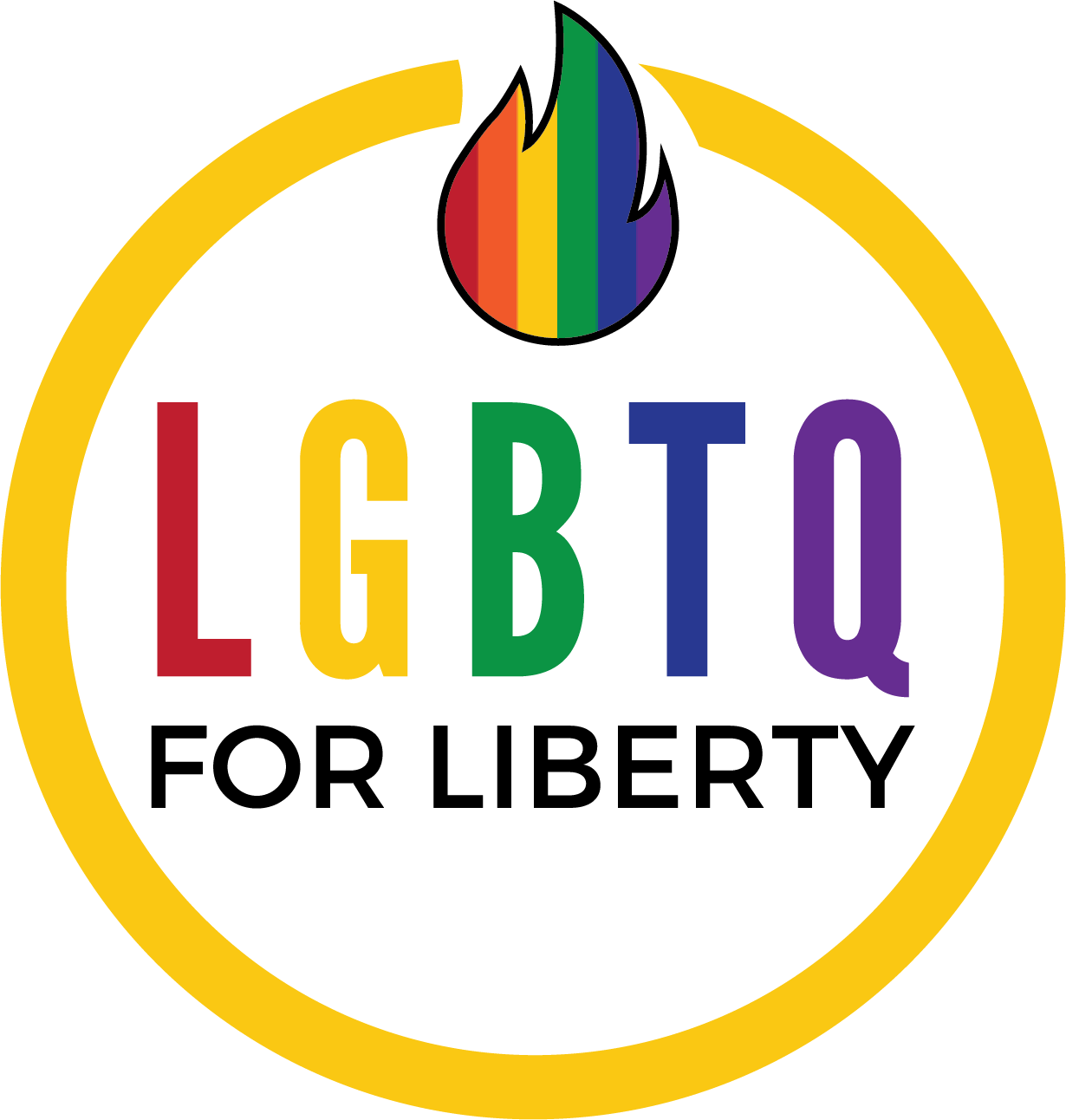 Why LGBTQ for Liberty?

LGBTQ for Liberty was created as an outlet to demonstrate that the libertarian world has always been a leader regarding LGBTQ+ equality. LGBTQ for Liberty exists to highlight that history, and to help continue that tradition. We want all people, including the LGBTQ+ community, to feel welcome amongst libertarians and classical liberals. 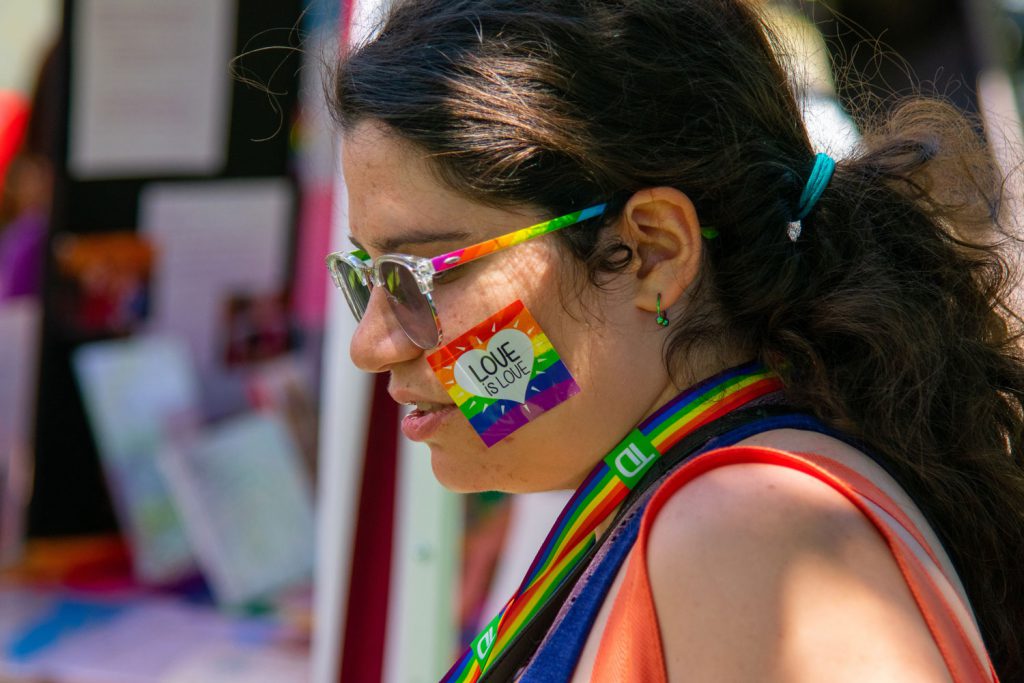 What Does LGBTQ Mean? 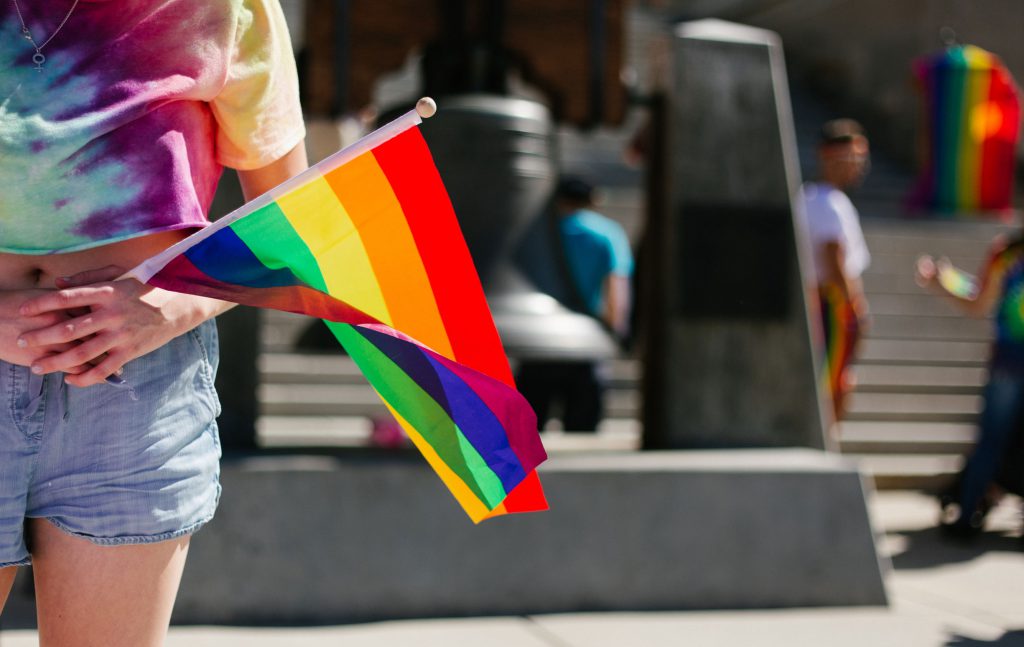 LGBTQ+ is an umbrella term for gender and sexual minorities, with each letter representing a type of sexuality or gender identity. L stands for Lesbian, G for Gay, B for Bisexual, T for Transgender, and Q for Queer or Questioning. These terms describe the most common identities within the community, but they are by no means the only ones. To capture this, a plus sign is often used at the end of the acronym. For example, asexual people, non-binary people and two-spirited people are all apart of the LGBTQ+ community.

The term lesbian refers to a woman who is predominately, romantically, and/or sexually attracted to other women. Similarly, the term gay typically refers to a man who is predominately, romantically, and/or sexually attracted to other men. However, gay is often used as an umbrella term by people of all genders within the LGBTQ+ community. The term bisexual refers to an individual who is romantically and/or sexually attracted to multiple genders. Some bisexuals also identify as pansexual, which describes attraction to people regardless of their gender identity. The term, Transgender, is used to identify an individual who associates themselves with a gender different than the gender they were assigned with at birth. Queer is a term that used to be a slur targeted at those in the LGBTQ+ community, but has now been reclaimed and is used by many within the LGBTQ+ community as an umbrella term. It is purposefully ambiguous. 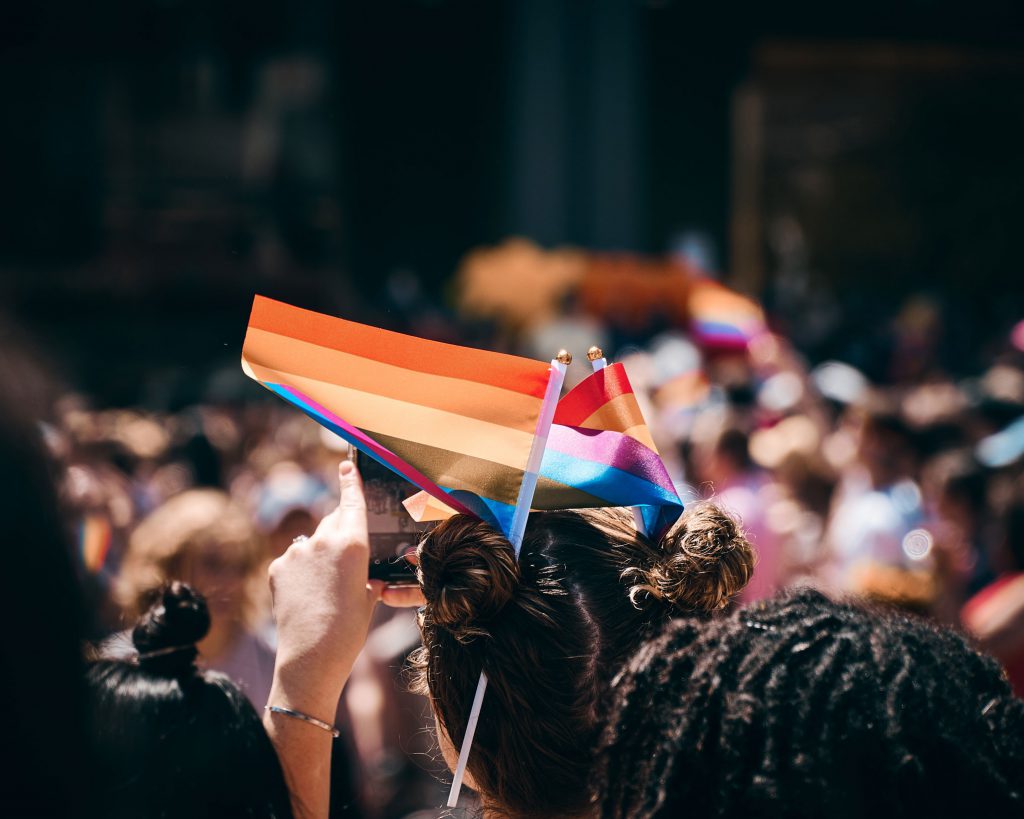 The History of Persecution

Since the first civilizations, countries have discriminated and persecuted LGBTQ+ people. In North America, the first ever recorded death sentence for homosexual activity was in 1566.

Fast forward to the 20th and 21st century, and there are still countless examples of LGBTQ+ persecution. One prominent example of continued persecution occurred at the Stonewall Inn in NYC, now referred to as the “Stonewall Uprisings”. The uprisings were a series of riots started by the LGBTQ community in response to a police raid at the Inn, which was known for hosting LGBTQ people in Manhattan, during the summer of 1969. A more recent example would be the mass shooting against the LGBTQ community in Orlando, during the summer of 2016. This occurred at the gay dance club, Pulse, where one individual killed 49 people with another 50 injured. The shooter planned the attack to be during Pride Weekend. Despite the gains that have been made, the Pulse Nightclub attack shows the continued violence that the LGBTQ community faces in the 21st century.

Although many countries have accepted the LGBTQ+ community as equal citizens, many others have not. There are still over 50 countries who have not yet decriminalized homosexuality and same-sex activity. The history of persecution in the United States includes, but is not limited to:

The earliest record of persecution in US history was Richard Cornish’s execution in Virginia for alleged homosexual acts with a servant in 1624.

Joseph Davis of Haverhill, New Hampshire was fined by the local government for “putting on women’s apparel” and made to admit his guilt to the community.

In Massachusetts, Deborah Byar is fined and publicly humiliated for wearing men’s clothes.

US immigration law was modified to ban “persons with abnormal sexual instincts” from entering the United States.

Working with psychiatrists, the military develops guidelines for recruiters in order to identify and exclude gay men from the military.

The Army investigated lesbian activity at the Women’s Army Corps training center in Georgia. Its findings led to a call for more stringent screening of WAC recruits.

The Lavender Scare cost more than 1,200 men and women their jobs with the federal government.

Just before the election, Walter Jenkins, President Lyndon Johnson’s Chief of Staff, is arrested in a bathroom two blocks from the White House for “indecent gestures.” He resigns immediately.

Senator Sam Nunn’s “Don’t Ask, Don’t Tell” policy for the US military becomes law. The law includes the determination that “persons who demonstrate a propensity or intent to engage in homosexual acts” are an “unacceptable risk” for inclusion in the military. Witch hunts against the LGBTQ+ community in the military continue to this day.

There are many international cases of LGBTQ+ discrimination. Those include, but are not limited to, the following:

Russian authorities committed tragic crimes in Chechnya. Over a dozen men were abducted, tortured, and killed after their sexual orientation was revealed to the authorities. No one has been held accountable for those crimes.

Bangladesh criminalizes same-sex sexual activity. In May 2017, 27 men between the ages of 20 - 30 were arrested right outside the capital of Dhaka for being gay.

In 2018, Malawi criminalized same-sex conduct of any kind. It is still common for police to physically assault, arrest and detain, those who are suspected of being gay. The fear of getting shamed upon, denied basic rights, to get a job, to see a doctor, or getting arrested has led gay men and women to marry the opposite sex to conform to society and avoid suspicion by the policy.

Libertarians and support for LGBTQ Rights 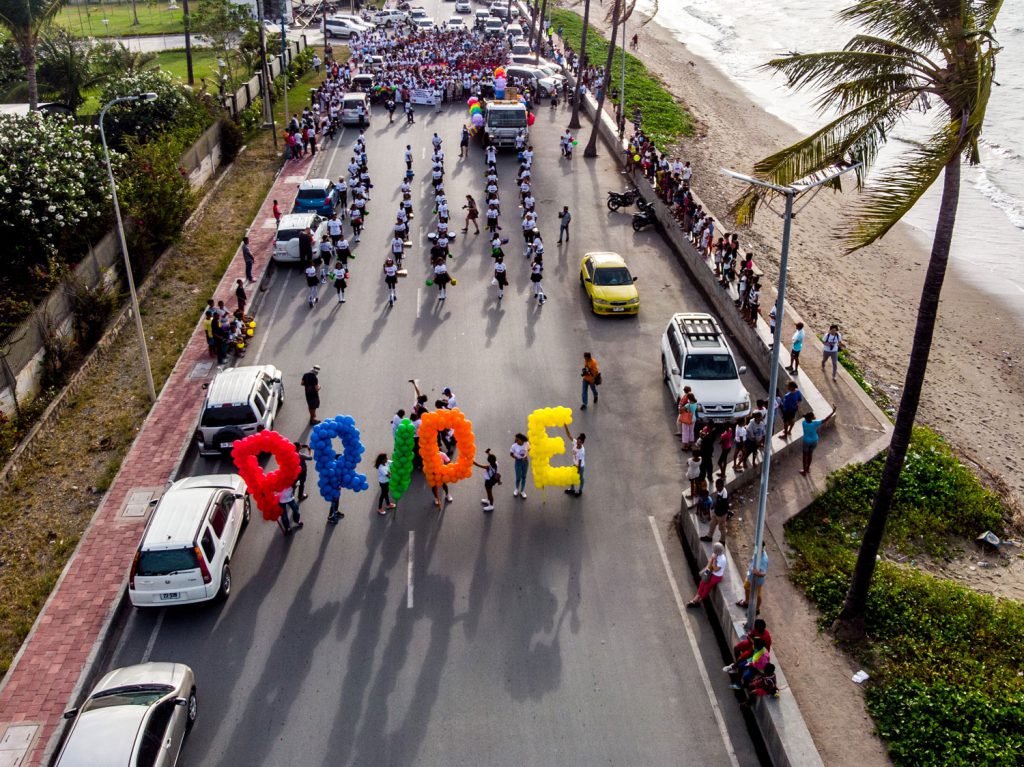 The Libertarian party has shown support for the LGBTQ+ community since the 1960s. Libertarians first showed support when John Hospers, the Libertarian Party’s first presidential candidate, came out as openly gay in 1972. In 1975, Ralph Raico helped create the Libertarian For Gay Rights caucus within the party and published Gay Rights: Libertarian Approach. These commitments to equality are especially important to highlight given the fact that the American Psychiatric Association and American Psychological Association wrongly classified homosexuality as a mental disorder until 1973 and 1975.

The second LGBTQ+ rights organization to ever operate with a libertarian perspective was called the Libertarians for Gay and Lesbian Concerns. The organization held its first national convention in 1985 and aimed to promote libertarianism to LGBTQ+ Americans. In 1998 a similar organization, Outright Libertarians was established. In 2013, libertarians celebrated the Supreme Court’s decision on the United States v. Windsor, which declared section 3 of the Defense of Marriage Act (DOMA) to be unconstitutional.

Libertarians have defended the LGBTQ+ community in terms of being treated as equal citizens and having equal rights since it was founded in 1971. Libertarians, whether partisan or not, have long believed that one’s sexual orientation, sexual preference, gender, or gender identity should have no impact on the government’s treatment of individuals. 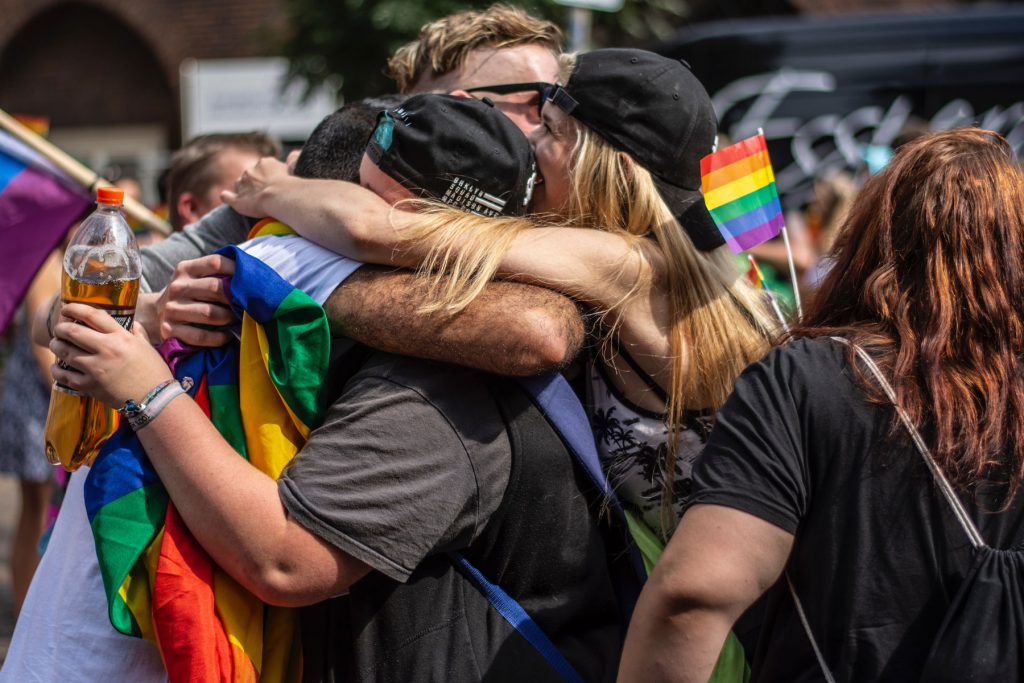 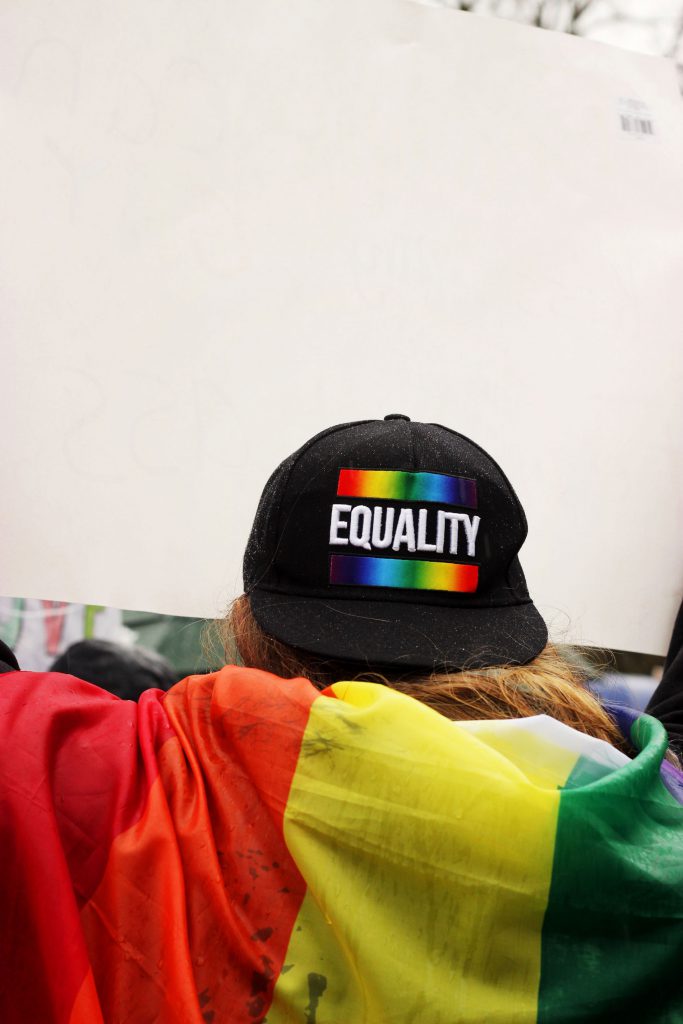 Both the Republican and Democratic parties have shown clear opposition to the LGBTQ+ community. For separate reasons, both parties have been reluctant in terms of signing policies that would guarantee safety and equal rights for the LGBTQ+ community. The Democratic party displayed their position during the Clinton Administration, specifically with the Defense of Marriage Act (DOMA). The Defense of Marriage Act (DOMA) was passed by the 104th United States Congress and signed into law by democratic president, Bill Clinton, in 1996. DOMA was a federal law that prohibited same-sex married couples from collecting any federal benefits. The Act was introduced to the Senate and was approved and signed by democratic senators. DOMA was then presented to President Bill Clinton, and signed.

Republicans have also strongly advocated against marriage equality and equal rights for members of the LGBTQ+ community. In states such as North Carolina and Michigan, republican state-houses have been working to pass public laws that essentially allow state governments to discriminate against members of the LGBTQ+ community. In 2015, 93 out of 98 Texas Republican state legislators openly stated they will continue to attempt to override the SCOTUS ruling made in the Obergefell vs. Hodges case, which allowed marriage rights to apply to same-sex couples.

Unfortunately, transgender people still encounter equal rights issues across the United States. Issues such as, access to public restrooms and locker rooms, being denied basic health care access, and being denied employment into certain career fields within government. For example, the current administration is implementing a transgender-troop-ban, which allows the federal government to reject transgender people trying to join the military and discharge current troops in the military. Across the United States, transgender people face these issues every day at the hands of both the republican and democrat legislators. 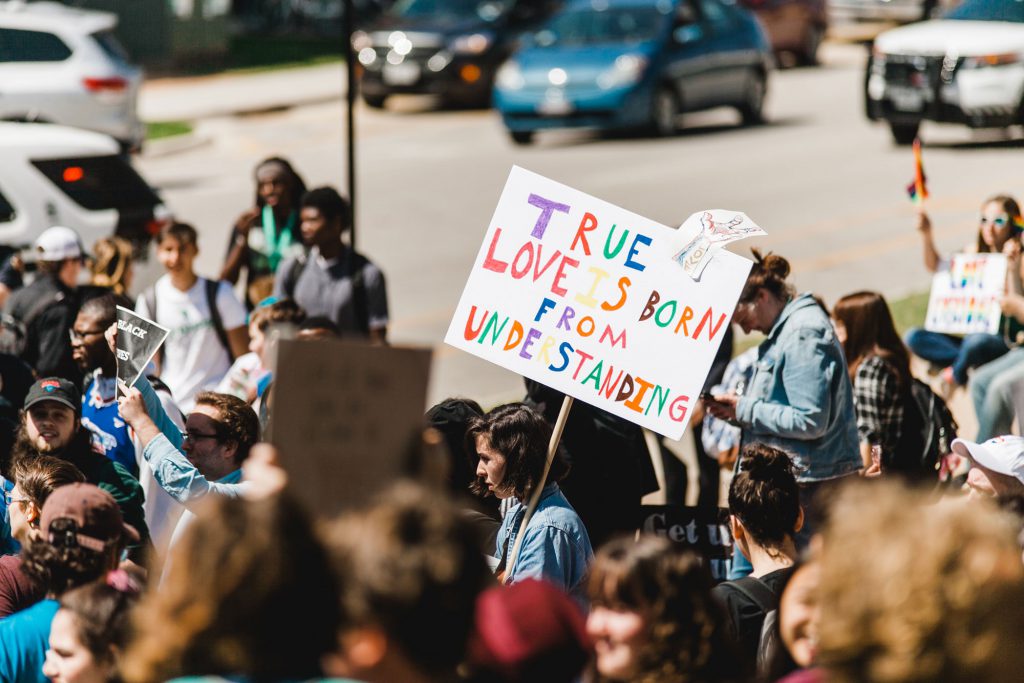 Marriages between same-sex couples became legal during the 1970s. Denmark was the first country to legally recognize a same-sex relationship. In 1989, Denmark allowed same-sex couples to register their relationship with the federal government, which granted them the same rights of a heterosexual couple, including the right to adopt a child. Following after, the Netherlands was the first country to legalize same-sex marriage by law in 2001. The Netherlands and Denmark led the way for many Western and South American countries. A few other countries that followed includes; Belgium (2003), Spain (2005), Canada (2005), South Africa (2006), Brazil (2013), France (2013), New Zealand (2013), Luxemburg (2015), Ireland (2015), Colombia (2016), and Germany (2017).

Progression towards legalizing same-sex marriage was spearheaded by the Schalk and Kopf v. Australia case that the European Court of Human Rights (ECHR) resolved in 2010. After an Austrian same-sex couple was denied the right to marry, the ECHR came to the verdict that the couples’ rights had been violated by the state. In 2012, the head of the ECHR, Nicolas Bratza, publicly announced that the court was going to declare same-sex marriage as a human right, just as hetero-sex marriage is.

Following the ECHR, the European Union has made efforts to continue the progression towards legalizing same-sex marriage. In 2015, the EU passed a non-binding resolution that encouraged other member states to treat marriage equality as a human and civil rights issue. Three years later the European Court of Justice ruled that married same-sex couples have the same residency rights as couples in an EU country, even if that country has not legalized same-sex marriage.

In that same year, the Inter-American Court of Human Rights issued a ruling in favor of same-sex marriage in January 2018 after the Costa Rican government asked the court whether they were obligated to extend property rights to same-sex couples. The Inter-American Court of Human Rights confirmed that they do have an obligation. Costa Rica later asked the Court if they can allow transgender people to change their name and orientation on personal documents. Again, the Court responded by ruling yes, they must allow that. Later, Costa Rica and Panama implemented IACHR’s ruling.

In 2011, the United Nations Human Rights Council passed its first resolution that recognized LGBTQ+ rights. Following that was when the Office of the United Nations High Commissioner for Human Rights issued an international report that listed all violations made against LGBTQ+ people, which included hate crimes, criminalization of homosexual activity, and discrimination. After these documents were published and seen by the members of the United Nations, the UN urged all countries who have no policies and law to protect LGBTQ+ people, to do so immediately.

© 2019 LGBTQ For Liberty | STUDENTS FOR LIBERTY